* In case of any delay in receiving the OTP, you may verify it later. Please proceed without verification.

Enter your City name or Pincode

Ghatal is one of the ancient and prominent towns in the Paschim Medinpur district of West Bengal. It is the subdivisional headquarters of the Ghatal Subdivision which comprises of a total of five municipalities and mainly five community development blocks. The city has been the birthplace of many nationalists, social reformers and freedom fighters like, Pandit Ishwar Chandra Vidyasagar, Patriot Pradyot Bhattacharya, Patriot Pravangsu Paul, Patriot Mohini Mondal, Raja Narendralal Khan, and Patriot Manabendranath Roy and many others which make this town one of the important towns of India’s history. Also, the subdivision has been the place of the cotton, silk, utensils industries during the British rule in India. The culture of Ghatal itself reflects the patriotism of its sons that fought for India’s Independence. 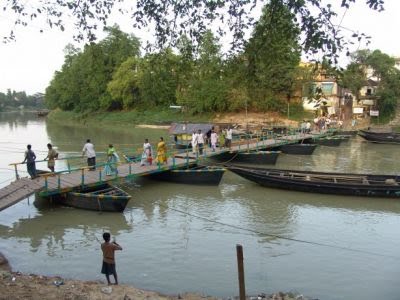 Ghatal played an important role as in the freedom of the country. There is port at a distance of 3km east from this town where Darakeshwar and Shilibati rivers join with Jhumi and Damodar rivers. This port has been a main port which is used for putting goods in the ships and anchoring these boats and ships to the major port of Tamralipta. This was a port of the export and import business involving Bengal and some countries such as, Sri Lanka etc. It has been a chief town used for making of cotton, tusser silk, bell-metal utensils and earthen ware etc. and Dutch also established a factory here at Ghatal Headquarters during that time. This factory is now serves as the sub divisional courts of the administration. Also in the early British rule, British constructed three commercial residences to administer the trade activities in the town. The industries created in that time for the cultivating and weaving of the silk and cotton which made this town extremely popular were strategically disappeared due to the strict and greedy policy of trade created by the British East India Company. The reasons behind these were taking out of investments that were done in the company, reduction in the business of these textile produce in India and Britain and the increased competitiveness of the foreign items, all these resulted in the disappearance of the textile industries from Ghatal as well as other areas that are involved in manufacturing of these textiles and Radhanagar area, Khirpai, Chandrokona, and Khrar were also the part of them. Some of these like Radhanagar were involved in the sugar business at that time.


Geography and Climate of Ghatal

Ghatal is a flood prone region as it has been many times flooded by the flow of Rupnarayan River. It is situated at the geographical coordinates of 22.67°N 87.72°E and standard altitude of 5m. River Shilabati lies on the south, Dwarkareswar on the east and Jhumi lies on the third side of Ghatal. This city experiences a moderate climate and has witnessed floods in past due to various rivers like, Boti, Jhumi, Kethiya, Kansaboti and Rupnarayan.

Residents of Ghatal are found mainly involved in agriculture activities like, Rice, Potato and other Vegetable farming. Further, some other inhabitants are also involved in fishing, hawking and weaving. Many often migrate to other states like Maharashtra and Gujarat in search of decent living. A small number of inhabitants are government employees, employees at school and some other work in private sectors. The town is home to middle and upper middle class residents. The city is mainly popular for the production of bell metal articles which is a specialty in the Kharar town of this subdivision.

The town of Ghatal is very well linked to the other major cities by rail transports and road highways such as Kolkata, Howrah, Midnapore, Kanthi, Digha, Burdwan, and Bankura. The closest railway station to Ghatal is Panskura Railway Station which is at a distance of 40.7 km from Ghatal and can be covered in about 49 minutes of time. Bus, Minibus and cycle rickshaws are used for roaming around and exploring the city. Also for international visitors, the nearest airport to Ghatal is Netaji Subhash Chandra Bose Airport in Kolkata located at a distance of 72.7 km.

The culture of Ghatal is quite diverse. Worship of Maa Sitala Buri and other Maa Sitalasis done by carrying hundreds of Dhaks during procession and by organizing an open opera acting show on the stage which is dragged and pushed by the people mainly men on the pitch road which runs through the town.`Sishu Mela` is the well known festival of the town in which people from the nearby blocks also take part. Further, 'Vidyasagar Mela' is the next famous festival which is celebearted in Birsingha the place of Birth of Ishwarchandra Vidyasagar. The other festivals celebrated includes, Durga Puja, Saraswati Puja and Kali Puja and are part of Ghatal’s culture.

Ghatal is famous for its various beautiful temples and sightseeing destinations that are visited frequently by the locals and tourists alike.

One of the popular tourist sites of Ghatal is Bhasapool or floating bridge is made on the river by combining few boats which are attached with rope on the two sides of the banks. It was constructed by Dr. Watson who was a British merchant and made this bridge for his own use and it was not open for local people at that time. On 22nd September 1904, it was made accessible for everyone by the introduction of the Bengal Ferry Act.

Birsingha is the well known tourist attraction of Ghatal as it is the Birthplace of the known Bengali reformer and Philosopher Ishwar Chandra Vidyasagar. The place is a village in the Ghatal Subdivision Block and is mainly open of the whole week for the visitors. Also, at this place a semi museum is constructed which displays the various works of Ishwar Chandra Vidyasagar.

Satsanga Vihar is an ashram made by Sri Sri Thakur Anukulchandra (1888-1969). He was a well known Indian Guru and there are many temples dedicated to him which are situated in Kushpata at Ghatal. The Ashram is located next to the bank of Shilabati River and it also has a park named Shishu Udaan for Children.

This heritage site of Ghatal is situated on the west of the Rupnarayana River in the Daspur-II Block close to Gopigonj. There are many archaeological items found there like, Image of Vishnu, an image of Buddha etc. and there is also a huge mound called as “Finge Rajar Danga”. It was also said that many other historical relics are lying in the deep inside of this place. The site actually requires some excavations to explore its rich archaeological remains.

At Narauined Raj Palace situated at this part of Ghatal which was the home palace and a large kingdom of Khan-Raja during ancient times. There are many beautiful Atchala Style made temples located at this place like, “Navaratna” of Govinda Jiu, “Sitarama Temple” founded by Raja Mohanlal Khan (1819), “Siva Temple” in Harinageria. There is also a famous temple called ‘Jalhari’ which is known for its fine architecture and is located in the center of a big pond.

This historical place was the capital of Bhana Dynasty in ancient times. There is the structural design which is made of terracotta and laterite soil. Also there are some know temple of this town like, “Pancharatna Temple” at Malleswar, “Atchala”-styled temple, “Jor Bangla”-styled temple at Dakshin Bazar. It also is home to many ancient forts such as, “Ramgarh”, “Lalgarh”, and “Raghunathgarh” which are now left ruined. Thus, this place needs some more importance to restore it rich heritage.

This popular and frequently visited temple is situated in the Belpukur town of Ghatal Subdivision and is known as a ‘Matha’ for all Krishna Devotees. This temple is the part of “Gouriya Vaishanav Association” which is established by Acharya Srila Bhaktiswarup Tirtha Goswami Maharaj.

Apart from these popular destinations of Ghatal, there are also some other must visit places like, British Chimney at Nimtola, Temples of the Radhagovinda and Radharam’s “Pancharatna” in Gobindanagar, Kheputeswari Temple at Kheput and the Uttamananda Temple at Khirpai and these should be visited during a trip to Ghatal to explore the rich historical inheritance of this town.

The accommodation facility available in the town of Ghatal is pretty limited for the visitors. There are five hotels in the city providing all the basic amenities at affordable prices to the tourists that come to explore this historical town. The tourist department is still on its way to build some more hotels and lodges for the visitors. But, till then the present five hotels serve the tourists and have been quite successful in providing satisfactory services to them

The services provided to the inhabitants of Ghatal are quite self sufficient. As currently there are 7 banks, three hospitals, one nursing home and three police stations situated in the city. All these are adequate for the local public living here and their services have been considered satisfactory by the inhabitants. Also, being a known tourist town of West Bengal, the administration has been considering some schemes to introduce some more hospitals and bank branches in the city to provide tourists with all the a-one facilities on their stay at this place.
Banks in Ghatal


Hospitals and Nursing Homes in Ghatal

Thus, above given was the complete city guide of Ghatal informing you about the extensive history, economy, culture and the tourist places of this historical town and Ghatal, being an important place in India’s history is one of the frequently visited places of West Bengal. So, beautifully built temples and Ashrams of this place will give you a look at India’s inherent spiritual culture and the historical monuments situated at Ghatal will take back you in the ancient times. Therefore, Ghatal is indeed a must visit town to explore India’s rich heritage.

Comments / Discussion Board - About Ghatal